I hope everywhere will be enriched by green on the Earth, and I wish there were plenty of buds would develop to numerous flowers!


I expressed it with standing out flower which is involved thin wire. 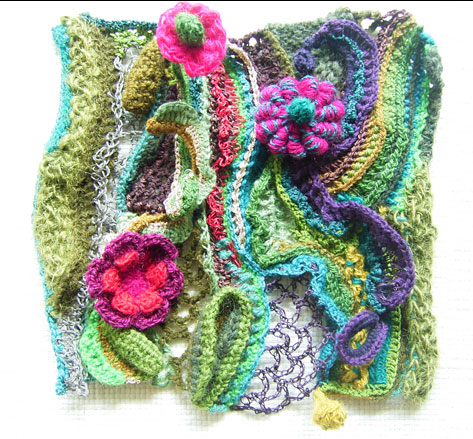 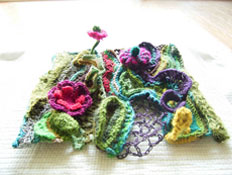 I’ve imaged “Firework” from ‘Fire’.
I’ve remembered my childhood when I had enjoyed seeing fireworks in summer holidays!

I expressed an exciting scene. 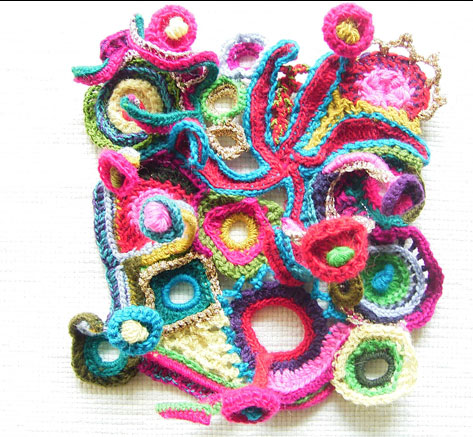 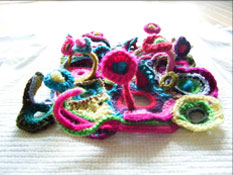 
I believe the fertile waterside will be on the cheerful Earth!
I’ve made this scrumble from such my desire. 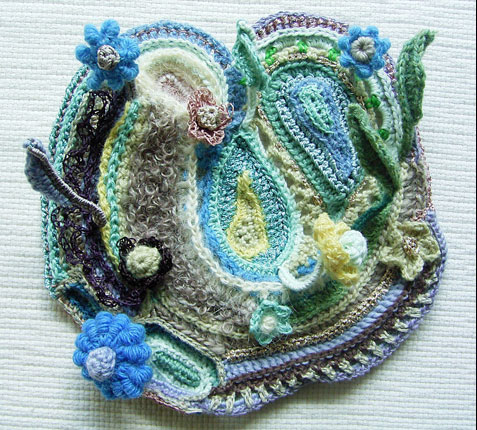 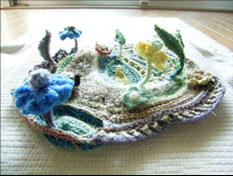 I’ve imaged “Breath” from ‘Air’.
I intended to make a scrumble as if nobody awakes it.


Because ‘Air’ seems “Breath” that is silent and calm.
I used a favorite thread called Thai-silk, which is processed “sericin” and might be commonly unknown. That is thin, but has a tension. 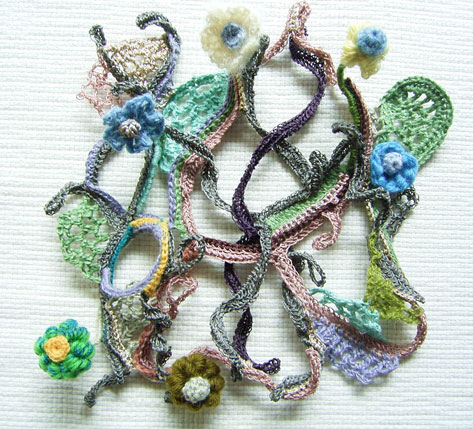 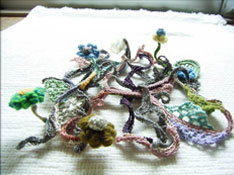